The most important therapeutic targets for sepsis and multiple organ failure are bacterial endotoxins (lipopolysaccharides, LPS), cell debris (DAMP), and an excess of inflammatory regulators (cytokines).
Specific pharmacotherapy aimed at these targets is ineffective or has severe side effects. Therefore, methods of direct (extracorporeal) removal of these compounds from the body are taking the leading role in the complex therapy of these conditions.

How it used to be?

LPS-selective adsorbents don’t
have pores of the required diameter
and morphology for effective removal
of excess of cytokines and other
exo- and endogenous toxins. 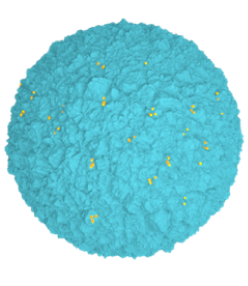 The porous structure of non-selective adsorbents does not allow efficient removal of associates and micelles of lipopolysaccharides from the whole
blood.

What is the novelty of
Efferon LPS technology?

Efferon LPS adsorbent is the first in the class of multimodal adsorbents, the original structure of which provides a selective binding of two different therapeutic targets (LPS and cytokines) at once [2].

The first component
of adsorbent — is hypercrosslinked polystyrene matrix

Polymers of this structure were first obtained and described by Davankov and Tsyurupa [3-4]. Their distinctive features are the degree of porosity that is unattainable for other organic polymeric materials (specific surface area of 700-900 m2/g) and low thrombogenicity due to its structure. Large closed cavities in their volume can reach a diameter of up to 100 nm, and the channels penetrating the matrix are much smaller. This structure provides fast mass transfer of small and medium proteins with a molecular weight of 10-40 kDa (which include DAMP, IL-6, IL-1b and other cytokines) and prevents the loss of larger proteins such as albumin (66 kDa).

The adsorption of cytokines in the pores proceeds according to a nonspecific mechanism (hydrophobic and van der Waals interactions) and is a reversible equilibrium process. As a result, the degree of removal turns out to be higher for the protein initially present in a higher concentration [5]. Thus, in the course of hemoperfusion through such adsorbents, cytokine clearance decreases over time. Such a mechanism is appropriate to reduce the peak concentrations of these important inflammatory mediators while maintaining levels above zero.

The second component of adsorbent is a synthetic ligand to the lipid A moiety of lipopolysaccharide, covalently immobilized on the surface of a hypercrosslinked polystyrene matrix

The molecular weight of monomeric LPS varies from 2.5 to 70 kDa and usually in the 10-20 kDa range. The sizes of LPS compounds with blood plasma proteins and cations Ca2+ and Mg2+ reach orders of magnitude larger, up to 1,000,000 kDa [7].

Strategies for removing LPS from blood based on adsorption in pores of a certain diameter are unable to reduce its concentration below therapeutically significant levels. On the contrary, LPS binding to the affinity ligand is an irreversible process. Bench experiments demonstrate [8] that the residual concentration of LPS in bovine blood after perfusion through unmodified hypercrosslinked polystyrene decreases only to 0.3-0.5 EU/ml (such high levels are associated with severe endotoxemia), while sorbent modified with LPS-binding ligand reduces the concentration of LPS below critical values (less than 0.05 EU/ml). 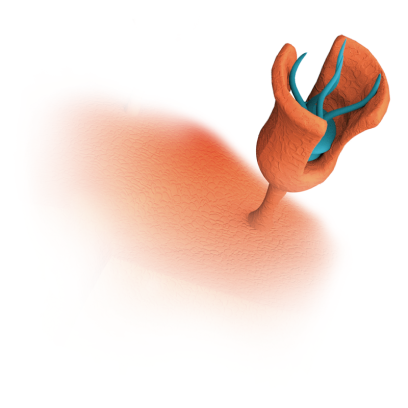 What is the result? 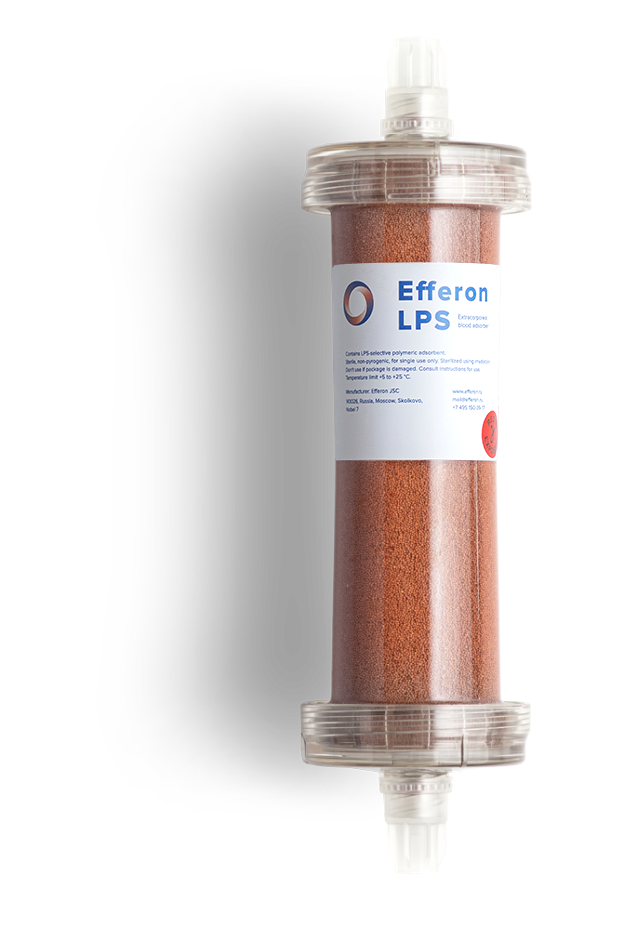 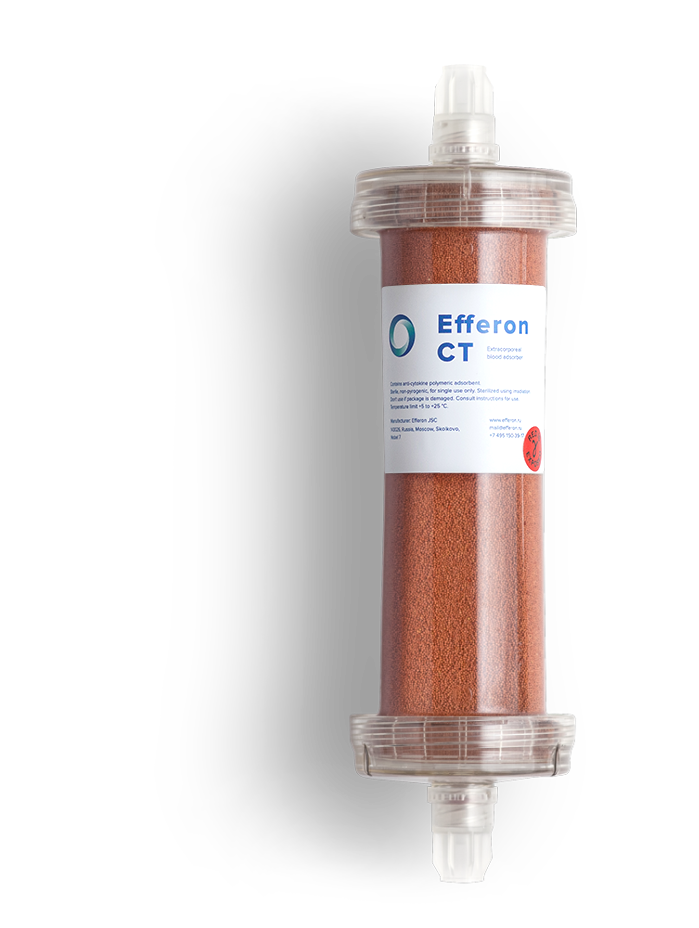