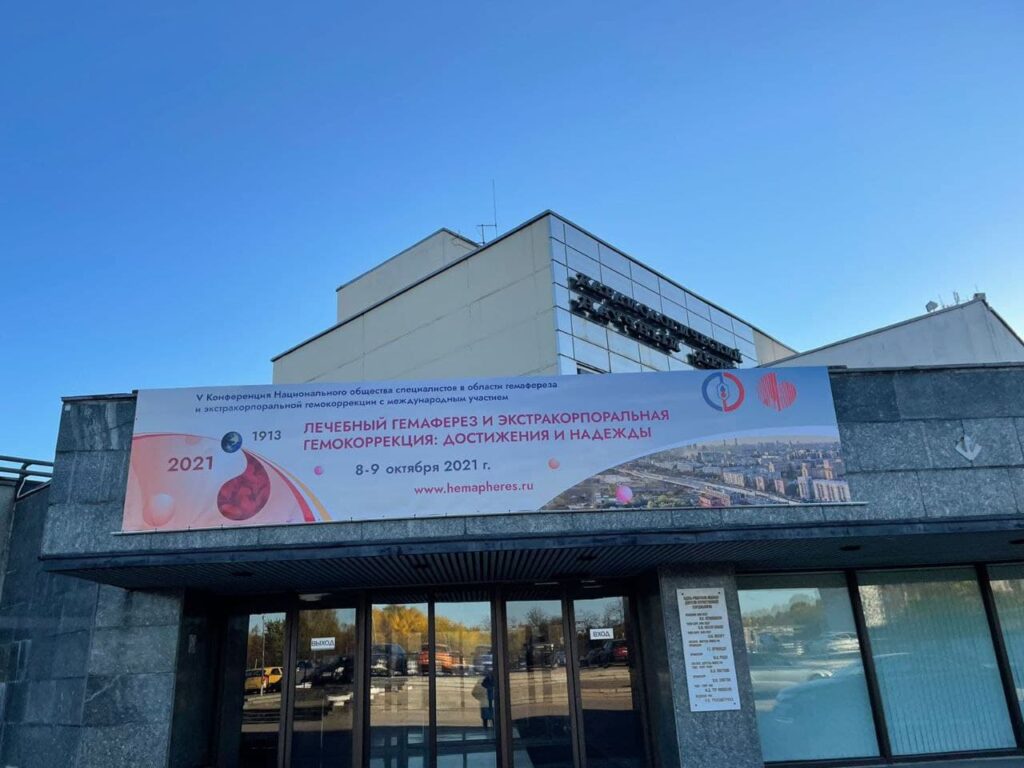 At the first of these events, for the organization of which I would like to express special gratitude to the National Society of Specialists in Hemapheresis and Extracorporeal Hemocorrection, we wanted to draw attention to the following speeches.

S.I. Rey, Leading Researcher from Research Institute of Ambulance named after N.V. Sklifosovsky, shared the summary experience of using various extracorporeal methods in patients with Covid-19 in Moscow clinics. In his report, S.I. Rey. drew attention to the fact that in the group of survivors, anticytokine hemosorption was used significantly more often, which may indicate a positive effect of this method on the outcomes in this category of patients.

S.V. Abramovsky, head of the department of the Federal State Budgetary Institution North-West Regional Scientific and Clinical Center named after L.G. Sokolova presented the results of a pilot study of cytokine hemosorption in Covid-19 using Efferon CT devices (n = 60). S.V. Abramovsky noted the high survival rate of patients who received this therapy and a decrease in the levels of inflammatory mediators in them.

I.A. Ruslyakova, head of the department of the North-Western State Medical University named after I.I. Mechnikova, in a series of the most notable clinical cases from the practice of her own department, spoke about the experience of using extracorporeal methods in the intensive therapy of Covid-19. The final part of the report was devoted to the analysis of the case of the timely applied Efferon LPS device in a patient with gram-negative septic shock, which made it possible to stop the development of this condition and discharge him from the ICU in less than two days.

E.V. Strelnikova, Researcher of the FSBI «National medical Research center for obstetrics, gynecology And perinatology named after academician V.I.Kulakov» spoke about the experience of using extracorporeal methods of hemocorrection in the treatment of obstetric patients with Covid-19. E.V. Strelnikova shared her own wide experience of applying Efferon devices in pregnant patients. Separately, she noted the high safety of such an approach, saying that “she sees no reason to deprive pregnant women of these well-tolerated therapeutic methods just because they are pregnant.”

Nanolek company, representing Efferon on the Russian market, took part in the FAR congress as an exhibitor. Samples of devices were presented at the company’s stand, and the company’s employees were ready to answer all the questions of interest: about the modes of hemoperfusion, differences in anticoagulation protocols, the possibility of coupling adsorption with other extracorporeal techniques. 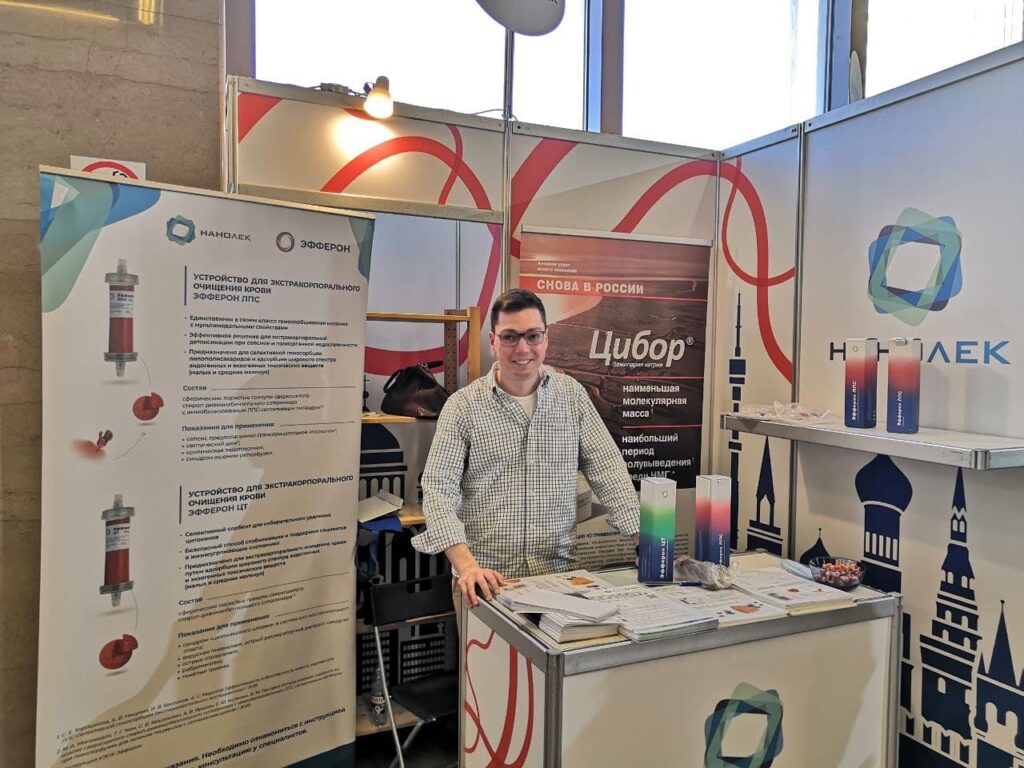 On the topic of interest the following reports were noted.
V.V. Kiselyov, head of the ICU at the Research Institute of Ambulance named after N.V. Sklifosovsky described the mechanism of development of intestinal insufficiency in patients with severe acute pancreatitis. V.V. Kiselyov emphasized the importance of using extracorporeal therapy in this category of patients and presented pilot data. Separately, the report announced the start of a new clinical study on the application of Efferon CT devices in treatment of this pathology and presented its protocol for discussion.

A.I. Gritsan, Head of the Department of the Krasnoyarsk State Medical University named after V.F. Voino-Yasenetsky presented summary data on the use of various methods of extracorporeal detoxification in patients with Covid-19 in the Krasnoyarsk Territory. A.I. Gritsan noted the highest survival rate in the group of patients receiving therapy with Efferon LPS devices. As D.L. Shukevich payed attention, this result may be due to the fact that the method was used at an earlier stage in the development of the disease. A.I. Gritsan confirmed that it was the early application of extracorporeal therapy in patients with Covid-19 that proved to be the most productive.

A.Yu. Yakovlev, curator of the ICU in the Nizhny Novgorod Regional Design Bureau named after N.A. Semashko presented preliminary results of a two-center study with a control group on the use of Efferon CT devices in patients with Covid-19 (N = 102). A.Yu. Yakovlev noted a pronounced decrease in IL-6 and an increase in oxygenation as a result of hemosorption. The application of anticytokine adsorption in this category of patients made it possible to reduce the length of stay in the ICU, shorten the duration of respiratory support, and, as a result, reduce hospital mortality compared to the control group (21% and 78%).

This report caused a lively discussion. M.A. Magomedov, deputy chief physician for anesthesiology and resuscitation of the City Clinical Hospital №1 named after N.I. Pirogov, advocated the earlier appointment of anticytokine hemosorption at the pre-resuscitation stage. Referring to his own data, M.A. Magomedov noted the importance of using Efferon CT devices in patients without mechanical ventilation, which in the future should save them from switching to mechanical ventilation.

Such an abundance of reports on positive clinical results obtained with Efferon devices gave the impression that almost the entire country is successfully applying it in their work. Thousands of patients have already gained access to advanced life-saving therapy and this is just the beginning of our journey. 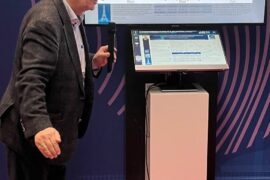 Efferon at LIVES 2022 in Paris 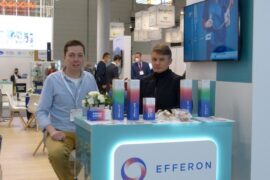 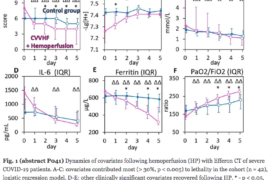 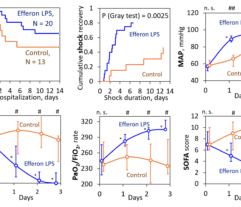 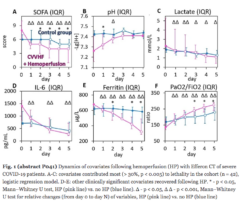 World Journal of Medical Case Reports. Vol. 2, No. 3, 2021, pp. 46-50.
Application of novel device Efferon LPS in hemoperfusion for simultaneous removal of endotoxin and cytokines in a patient with septic shock 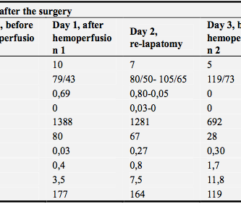 Therapeutic archive. 2021; 93 (7): 811-817
Extracorporeal adsorption of cytokines in cytokine release syndrome in a patient with acute lymphoblastic leukemia after therapy with T cells with a chimeric antigen receptor. Clinical observation 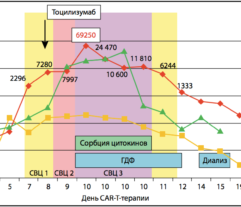 General resuscitation. 2020; 16 (6): 31-53.
Application of adsorbent based on a hypercrosslinked styrene-divinylbenzene copolymer with an immobilized LPS-selective ligand in hemoperfusion for the treatment of patients with septic shock 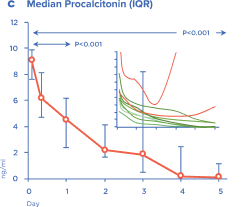 General resuscitation. 2020; 16 (4): 14-20.
Hemosorption carried out by a column filled with hypercrosslinked styrene-divinibenzene copolymer with an immobilized LPS-selective ligand in a complex of intensive treatment of acute lung injury in the surgical treatment of lung cancer (clinical observation) 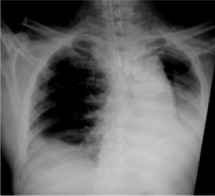 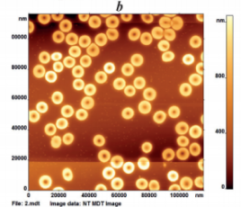